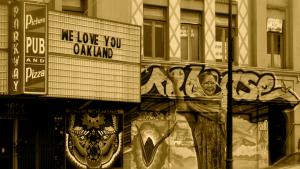 Urban Programs have evolved from the ground up over the last four decades. Early programs were small, local efforts, initiated by campus staff and dependent on year-to-year student interest. The very first Urban Program took place in the mid 1970s, when an InterVarsity staff worker decided to take some students into New York City to volunteer for the summer. A similar effort began in the city of San Francisco a few years later.

In 1981, an ongoing program was established in Pasadena, CA, followed by teams in New York City, Baltimore and Chicago. Sustained interest from staff and students allowed these programs to grow over the next ten years, focusing on issues of ethnic identity, reconciliation, and justice. All existing Urban Programs were were brought together under the supervision of InterVarsity's Multiethnic Ministries department in the early 1990's, and soon after under the auspices of the InterVarsity Missions Department.

It was after this transition that the Urban Programs began to form a cohesive national identity. Through in-person meetings every two years, Urban Program staff began to seek a common vision, share best practices, and support one another. We are now even more connected as we complement our biennial meetings by sharing resources and innovations through an online collaborative workspace and social media. We seek to act as a catalyzing force within InterVarsity, at the forefront of advocacy and action for justice issues on campus and around the world.

We currently have more than 50 programs in over 25 cities, serving over 2,000 students each year. Through our deep partnerships and strong ties with our partnering organizations and communities, we will continue to be a steadfast and growing presence in cities across the United States.