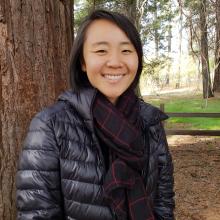 Born and raised in the suburbs of Los Angeles, Silvia Ahn never imagined she would move away to attend Mills College in Oakland, CA. After getting rocked academically and spiritually, she fell in love with the Jesus she encountered on her campus and stayed in the Bay to serve as IV staff at Mills. Five years later, Silvia was called on to restart a chapter at Cal State East Bay, where she revitalized the ministry over the next 4 years. She brings her experiences from multiple summer programs in which she participated as both student and staff into her new role as the director replanting the Bay Area Justice Programs. She also recently co-directed the Manila Global Urban trek with her husband this past summer. Since her spiritual awakening at Mills College, she couldn't help but see Scripture through the lens of God's shalom and has continuously worked to intersect today's issues with God's biblical truth and justice. From living out her faith and shalom in her very neighborhood, to teaching and imparting Kingdom values to the leaders of tomorrow, she is passionate about speaking truth and bringing life to broken structures. As a daughter of Korean immigrants, Silvia advocates for the importance of developing students' cultural awareness and ethnic identity and its place in a multiethnic Kingdom. As much as her work drives her, she is always hungering to learn how to be a better wife, daughter, mother, friend, and citizen. Through BayJP, Silvia is excited to facilitate a space for students to witness Jesus in the margins and the beauty that God invites us to encounter. Although she lived in Oakland for the past 14 years, Silvia currently lives in Berkeley with her adorable toddlers Jihoon and Jimin, the BDE (best dog ever) Sir Francis Wuffles of Barkington and a punny husband Ed.
Login