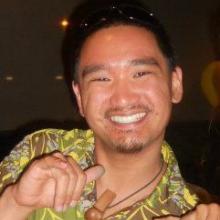 Brennan Takayama was born and raised in Hilo, Hawai`i where he attended public schools and graduated from Waiakea High School. As a student at Stanford University he participated in the Los Angeles Urban Project and the Bay Area Urban Project where he learned more about a God of justice and reconciliation. Brennan has been on staff with InterVarsity in Hawai`i at the University of Hawai`i at Manoa and Hawai`i Pacific University, and has been planting a chapter at the University of Hawai`i at Hilo and Hawai`i Community College. Brennan is a local/kama`aina non-Hawaiian of Japanese and Chinese ancestry. His Japanese family has been in Hawai`i for five generations, and his Chinese family has been in California also for five generations.
Login